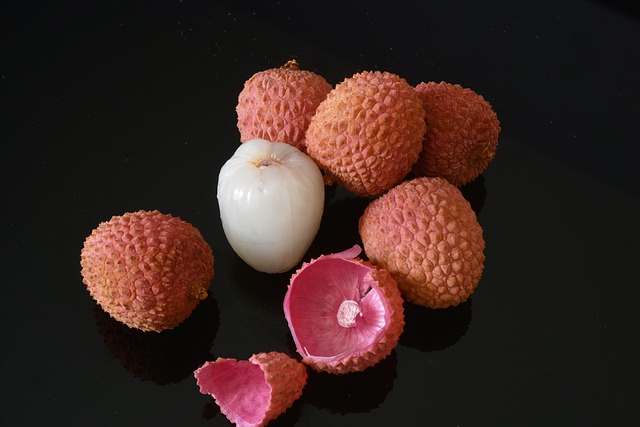 Is litchi safe for you?

Home - Evidence Based - Is litchi safe for you?
Spread the love

If you are reading this blog, then there is a ninety percent chance that you must be aware of the Muzaffarpur incidence in 2019.

What happened in Muzaffarpur?

It was the hot summer month of June 2019. Muzaffarpur, a district in the East Indian state of Bihar, was grappling with an epidemic claiming the lives of children, particularly below the age of 10 years1,2. The parents were helpless, the authorities clueless and the healthcare providers overwhelmed with the staggeringly high number of child deaths every passing day. As time went on the temperatures soared higher and the air became a little heavier with the laments for the departed little souls.

The disease came on as a sudden onset of acute fever with fatally low blood sugar levels. Doctors named it as Acute Encephalitis Syndrome (AES) as it was very similar to Japanese Encephalitis (JE). Only, the mosquito-borne virus responsible for JE was strangely absent in the vast majority of cases. The reason underlying the disease remained unclear3,4.

Muzaffarpur is known as the Litchi Kingdom of India as it produces the vast majority of the country’s total litchi harvest. The peak season for harvesting litchis is from April to June. Preliminary observations indicated the involvement of litchis (Litchi chinensis ssp.) in the development of the disease and it was termed as the Litchi Syndrome. 5,6,7.

How is litchi responsible for the deaths?

During harvesting, litchis are taken from the trees in bunches and packed straight for marketing or export. The litchis that are unfit for marketing are left on the ground. Little children casually pick up the rejected fruits and happily snack on them. In many of the cases, once returned children go straight to sleep without having a proper dinner.

The children who skip dinner evidently suffer from hypoglycaemic conditions (lower blood sugar levels) towards the early hours of the day. Now, please note, that glucose is indispensable for the proper functioning of the brain and the nervous system. To tackle such an emergency, the body generally breaks down glycogen (the stored form of glucose in the liver) and maintains the blood glucose level.

But, when a child suffers from malnutrition he/she does not have enough glycogen reserves to produce glucose and maintain the blood glucose level. In that case body takes a secondary pathway called gluconeogenesis, a mechanism where body produce glucose from protein. This process goes on normally as and when needed.

Litchi , MCPG  and the impact encephalopathy

Studies have shown that litchi contains a chemical methylene cyclopropyl-glycine or MCPG which blocks the pathway of gluconeogenesis, in the human body.

During litchi harvesting season, these undernourished children snack heavily on the fallen rejected litchis and go to sleep without a meal. Sadly, the majority of children from the litchi farming families suffer from undernutrition and have not enough rage of glycogen. Therefore, the body takes the secondary path gluconeogenesis to maintain the blood glucose level. But body unable to complete the process of gluconeogenesis due to the inhibitory effects of MCPG. As a result, the nitrogenous intermediate products of tissue protein breakdown start to build up in blood-producing aminoacidaemia (accumulation of amino acid in the blood) and eventually cross the blood-brain barrier. These metabolites in higher concentrations are extremely toxic to the brain tissue. The sudden increase in the concentrations of these metabolites produces a shock effect and the normal functions of the brain are lost or diminished. The patient suffers from seizures, delirium, coma, and dangerously low levels of blood glucose. The disruption of the normal brain functions results in sudden onset of high fever. The condition is developed as a consequence of faulty metabolism and can be more fittingly referred to as encephalopathy.

Shall we stop eating litchi?

No, all we need to do is to understand the fact and science behind it to prevent such untimely death. The adults in families need to make sure that every child must eat a meal before going to sleep to prevent episodes of late-night hypoglycemia that eventually leads to metabolic distress. 5,6,7,8. As long as you eat well and your blood glucose level is maintained, you or your family have no threat.

Litchi (Litchi chinensis ssp.) is consumed all over the world since the last 2000 years9. It is not only savored for its refreshing taste but also is packed with nutrients. This fruit contains abundant amounts of vitamins C and E, minerals, and nutraceuticals like polyphenols, flavonoids, and polysaccharides10. Studies have proven its antioxidant, anti-obesity, anti-diabetes, and even anti-viral properties11,12,13. Thus, from a nutritional point of view, it can be concluded that this fruit does merit recommendations in the diet. The take-home message is that it should not be consumed in large quantities on an empty stomach to prevent episodes of hypoglycaemic shock-induced encephalopathy.

We must understand that the unnecessary fear of consuming litchi directly affects the litchi farmers and reinforces their economic crises and consequent hunger and malnutrition in their children. Therefore, educate yourself as well as others to prevent hazards and enjoy the fruit with everyone. If you are diabetic, eat litchi in moderation and in between two meals to avoid insulin spikes. Even if you are pregnant, feel free to eat 5-6 litchis twice or thrice a week. It won’t harm you.

Remember, litchi is edible and we are eating this for centuries. So you will be fine as long as you are eating it in moderation and later eating a proper meal. Don’t panic, just enjoy it.

Gargi Bose has a post-graduate degree in Food & Nutrition from the University of Calcutta. Currently, she is working as an Assistant Professor in Nutrition, Ramananda College, Bishnupur, West Bengal, and also pursuing her Ph.D. from the University of Calcutta. Apart from her teaching and research assignments, she is interested in the nutritional problems of social importance. She takes small initiatives in her limited capacity to make people aware of such issues.